Generally speaking, I prefer studio-recorded music to live performances. Sorry, but there’s a lot of talent that just isn’t worth a damn at performing live.

There are exceptions to this and furthermore there are performers that are actually better live.

I thought of this on my way home from work. Cheap Trick’s Aint that a shame came on the radio. The live at Budokan version.

This one is actually so good live that I can’t find a youtube version of the studio recording. Google around and maybe you’ll find it.

Now this got me remembering another artist that was so much better live than in the studio. A more modern and completely different genre …

And like Cheap Trick, this is not a fluke.

And … well, I’m going to just throw these in too cause this dude rocks.

And finally, the love song …

As a side note … The Everclear Song. And really most of the others, but obviously this one. The way the crowd is singing along every word. It really has to be a kick for an artist to do a show where the crowd knows your songs as well as you do.

And now I’m just on a Texas singer kick … 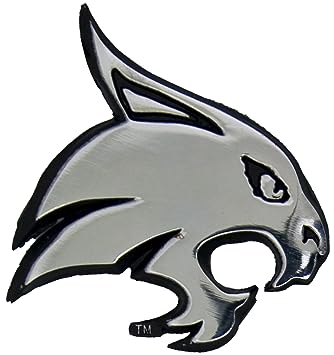 To somewhat veer back to the topic …. DON’T TOUCH MY WILLIE

Although Kevin Fowler is just as good in studio recordings (which, honestly the above might be)

You know … Tom Petty. Tom Petty and you think hippie. Which really isn’t far from the mark.

Feels so much older than that. Oh, and hey, you youngsters that point out that the 90’s WAS that long ago …. GO FUCK YOURSELF. You don’t know how it feels to be me.

I reckon that’s part of what’s magic about Tom Petty. If you can make popular music out of its era, that’s special.

Much like Johnny Cash did in a small part late in his life. If you can make music that appeals to .. a different generation. I suppose it could work the other way .. younger artists making older-feeling music .. but I cannot think of any examples of this.

Are you annoyed yet that I haven’t pasted a link to You Don’t Know How It Feels?

Is the oldest band currently The Rolling Stones? How long have they been?

So … bands/artists that have been around …. forever?

You know, really at this point I’m just trying to crash your browser.

I think I said something about Johnny Cash …

By the way … Even if you know this song but haven’t seen this video, WATCH IT. Honestly, if that doesn’t display both the arrogance/ego and the guilt of the way Cash felt about his life, nothing could.

Sorry, but on the topic of Johhny Cash, here’s one of my favorites.

Cash had one of those unique voices that could not be mistaken for anyone else. You have to admit, he never had what one would consider a “singing” voice. But you could always know it was him when you heard him.

Some singers do great work, but other have such a unique voice they could never be confused with someone else.

Honestly not sure if Ozzy should be considered a tragic story or a survivor story.

Awkward side note … the girls in this video are kinda young enough to be HIS GRANDCHILDREN.

Really one cannot talk of long-lived bands/singers without mentioning .. the stones.

While some members have come and gone, honestly this is probably the longest living band in history (correct me if i’m wrong).

Oh, shit … I also teased the shit out of (some people) with the phrase “you don’t know what it feels like to be me”.

Ok … at this point I really am just trying to crash your browser.

Honestly, back to the original topic ….

The song I think shows the difference the best is “Things Look Good Around Here”. I mean, the song is kinda about playing a gig. It starts with him calling (I assume) his woman after the show telling her about his day. It starts out kinda crappy, then leads into his fear/nervousness of performing to the comfort of the crowd being into it. I can totally imagine this being a fear of every performer stepping up to the microphone whether they’re in front of 30 people, 1300 people or 30,000 people.

“Drive all day and I sing all night” – Really, us working folk don’t feel sorry for you. But … I mean really.

A blowout .. a long drive … rain … but .. “they were singing along and they knew every song I wrote ..”, “Its true, I still get nervous inside. I try to hide it cause that’s my pride but I need a little encouragement now and then. I step out on the stage, eyes wide. It always feels like my first time. I kick off a tune and I’m alright again!”

I didn’t add it but check out the rest of that album. Roger Creager, Live Across Texas. Should have learned by now …. Shreveport to New Orleans … I Got the Guns … LA Freeway ..

When did classic rock creep into the 80’s?

and if you’ll lend my your ear .. (bonus points for this reference!)

And the saddest song ever ….

(yep, I know its not the original, but I really think this is the better version.)

After all this … just remember what really matters …

Or maybe its just dogs, kids and wine …

Ok, really. If I haven’t crashed your browser, please comment.

Fuck that … lets finish on a high note …

His daughter recorded the song in 1987, unaware it was her (then estranged) father’s song.

Rosanne Cash recorded the song at the suggestion of her then-husband and fellow country singer, Rodney Crowell. When she recorded the song, she was unaware that her father wrote it, and assumed that it was in the public domain. Johnny later told Rosanne that her success with the song was “one of [his] greatest fulfillments”

This site uses Akismet to reduce spam. Learn how your comment data is processed.